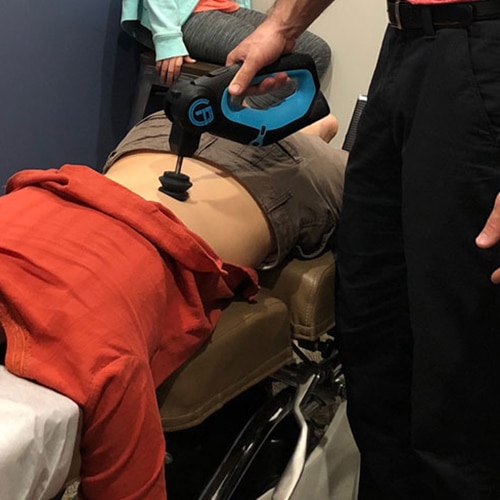 ChiroCabarrus is now offering percussive and vibratory therapy with The TheraGun G2PRO. It looks like a power drill, moves like a jackhammer and sounds like a machine gun, but you won't find the TheraGun G2PRO in a hardware store or an arsenal. The black-and-blue, handheld massage tool is becoming increasingly popular in locker rooms and on the sidelines, as athletes turn to percussive massage therapy for quick relief for aching muscles.

The scientific concept behind this type of therapy is based on the gate control theory, which holds that a non painful stimulus (in this case, vibration) can suppress the feeling of pain.

“This isn’t really massage—it’s actually tricking your nervous system,” says chiropractor and TheraGun founder Dr. Jason S. Wersland. Healthy nerve impulses will react to pain in milliseconds, he explains. “But if you put something on the area that moves faster, the brain can’t keep up.”

The TheraGun moves a dense foam ball attachment back and forth in a woodpecker-like motion at a rate of 33-40 times per second. When the vibrations and jabbing movements of the dense foam ball attachment combine and strike the muscle, it relaxes, allowing you to get into deeper layers of the tissue.
“When a person gets a massage or just uses a foam roller on their own, you can’t get into that spot as effectively,” says physical therapist David Reavy. “The vibration is so fast, you don’t feel the pain and the muscle actually relaxes.” 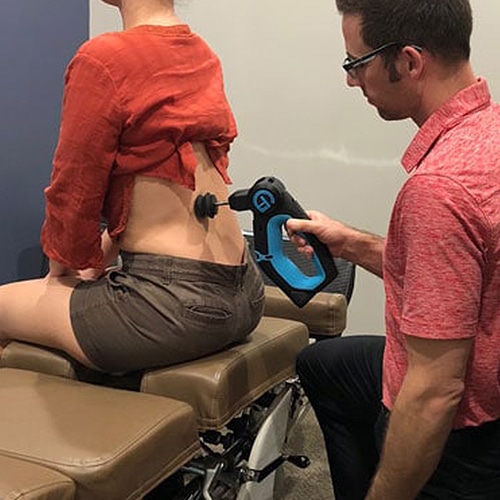 Percussive therapy is not a new concept

The TheraGun is not only used for recovery. The device is easy to use, lightweight, portable and athletes such as Boston Celtics guard Kyrie Irving and Kansas City Chiefs defensive back Marcus Peters have been spotted using it to loosen up stiff areas before sessions, and even during competition, to treat and prevent cramps. 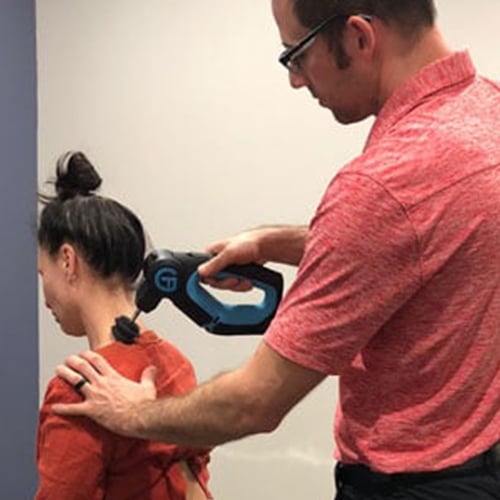 The History of TheraGun

Dr. Wersland created one of the original models of the TheraGun as a result of his own struggle with muscle discomfort. After a motorcycle accident caused a herniated disc in his neck and intense pain, Dr. Wersland could not find relief until he started to tinker with an older vibrating device. Eight years later, he developed the brand’s first model, the G1. Now, Dr. Wersland says, more than 100 pro teams and athletes around the world use the G2PRO for relief—even amateurs and weekend warriors are catching on.

If you have a body, you have tissue and you have muscles, the TheraGun doesn’t care if you’re going to throw a football 70 yards or if you’re going to go out and play catch with your son. In less time with much less pain, you can provide better therapy and better healing with vibration.